The Cascade Climbers provide an affordable way to add visual interest to your playground. Kids can climb up and down both sides for added fun. 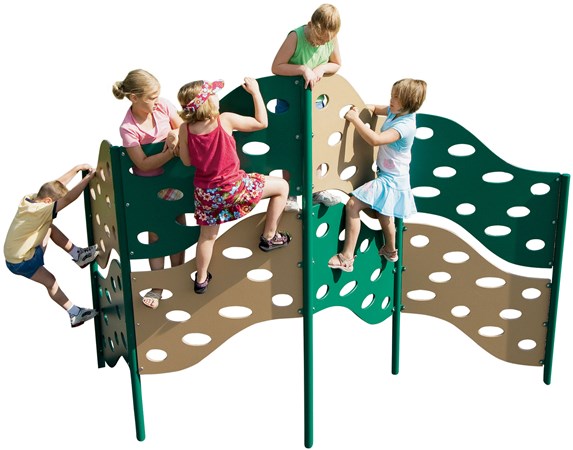 [video: fade in to a full side view of the cascade four panel climber. The climber has oval shaped cut outs made as foot and hand holds for climbing. Camera switches to panning underneath and across the climber showing the two different Permalene panel colors, tan and green.]

[video: fade into children climbing all over the different panels of the cascade climber. Camera zooms in to the top peak of the climber where several children stand while holding onto the cut-out hand holds.]

Girl off camera: Yeah and you have to try to make…

[video: Close-up of a young girl as she leans over the top of the climber looking for another hand hold. Camera follows a girl’s feet as she steps down through the foot cut outs on the cascade climber. Elevated top down view of children as they climb on the climber. Camera pans across the climber where children’s legs and feet can be seen standing in the many foot holds. A child off camera can be heard howling.] 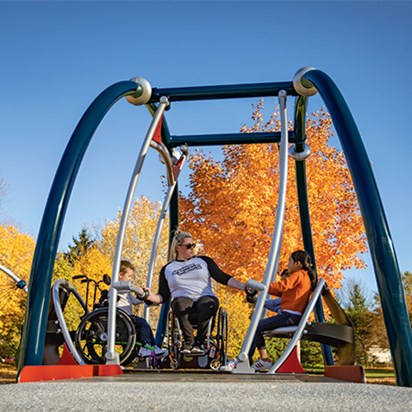 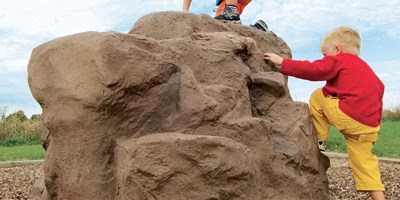 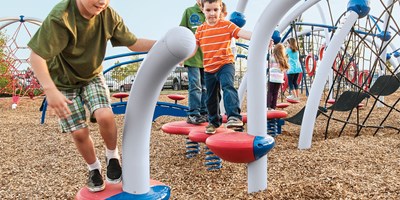 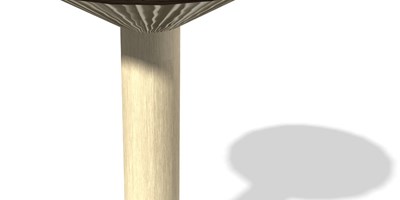 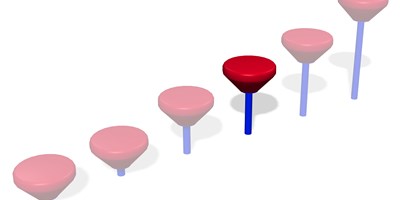 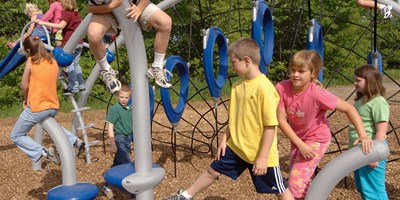 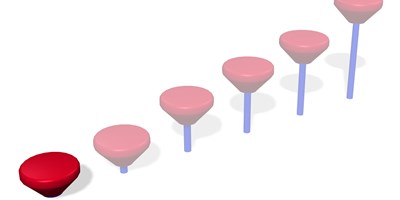 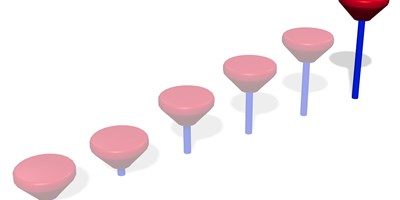 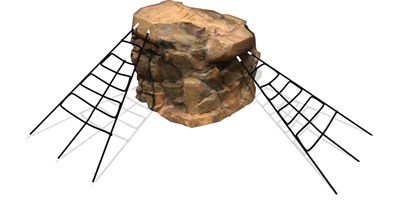 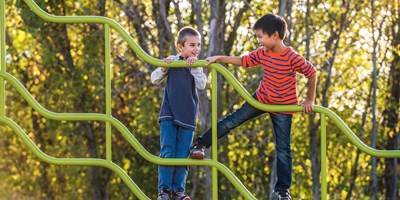 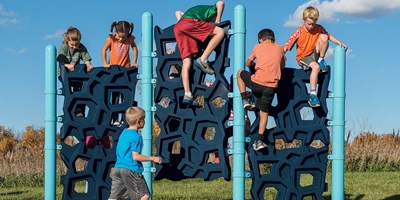 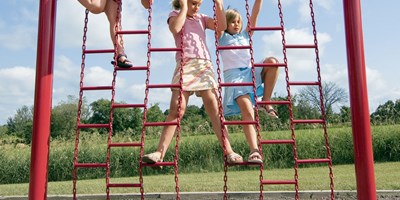 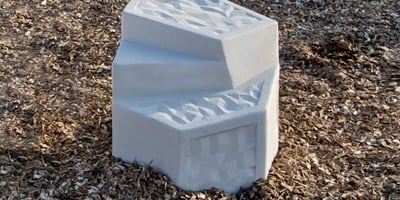 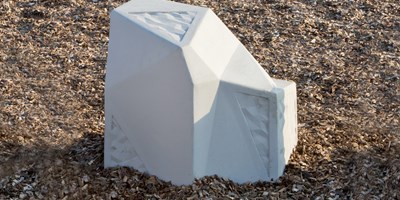 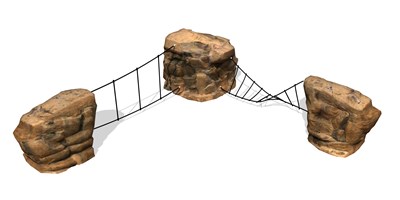 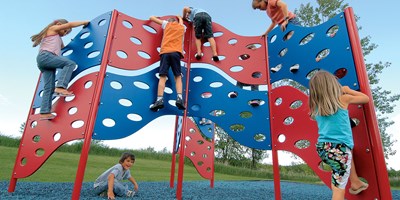