The Rhapsody® Outdoor Musical Instrument collection has grown to include six new, junior-sized instruments.  Now little ones can play with tone, rhythm and explore their musical creativity with the instruments right at their level with Warble® Chimes, Jingle® Metallophone and Ditty® Metallophone. The Kettle Drum Junior, Kundu Drum Junior and Goblet Drum Junior are as fun and durable as their big brother versions, just at a lower level for easy reaching. Ideal for childcare centers, preschools and other early childhood facilities, or anywhere you know tiny ones will want in on the action. 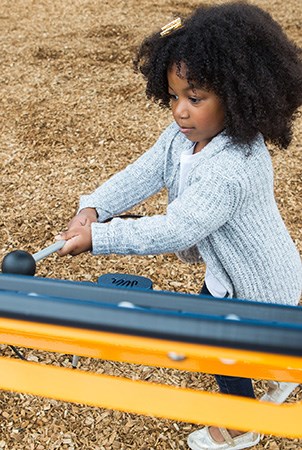 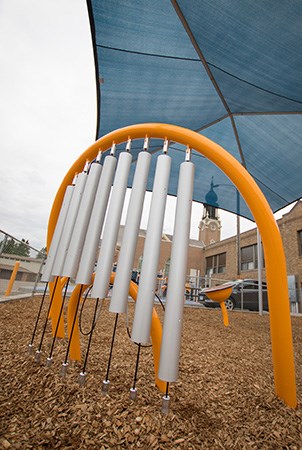 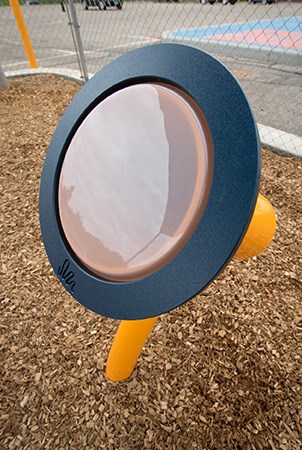 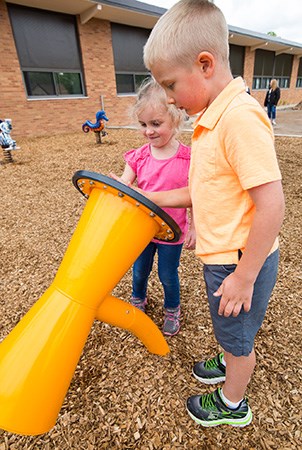 Video features a 360 view of the Rhapsody Outdoor Musical Instrument set for ages 2 to 5.

[video: scene begins with the camera placed in the middle of all the instruments at a gated mulched play area. The camera sits closest to a large Rhapsody Kettle Drum. Two children play the Warble Chimes together. A women and young boy giggle as they play the Ditty Metallophone. The young boy playing the chimes drops his mallet and turns around to walk towards the large Kettle Drum. The young boy stands looking at the camera and begins to bang on the Kettle Drum with his hand. A women and young boy stop playing the Jingle Metallophone and the women points to a Goblet Drum and speaks to the young boy.]

Women: Let's go to the drum.

[video: The woman and boy walk over to the Jingle Metallophone instead and begins to play it with the hand mallets. Another young boy that was playing the large Kettle Drum runs over to Goblet Drum and begins to play it. A mother holding her young son walks over to the Warble Chimes to play them. The young son loses his interest and turns to walk away. He walks towards the camera arms stretch forward. His mother quickly walks over to grab him before he touches the camera. She picks him up and walks him out of the gated outdoor musical play area. A young girl in a pink shirt runs over to join the women and young boy playing the Jingle Metallophone. A young girl in a skirt runs over to play the Ditty Metallophone and begins to play it. Three children all bang on a Goblet Drum together. The children stop playing the drum and all run away. The young girl wearing the skirt walks over to the large Kettle Drum and begins playing it with both hands. A father holding a baby wrapped in a blanket walks over to the Warble Chimes. He shows his toddler who is fallowing him how to play them. A mother holding a baby and holding her other sons hand walk up to the Ditty Metallophone.]

Mother: Which one? You get it all to yourself.

[video: young boy grabs the mallets of the Ditty Metallophone.]

Mother: There you go, let’s see you play some music.

[video: the boy holds out a mallet for his mother to play with him. She plays a few notes then sets the mallet down so her son can play with both at the same time. The young boy begins to play the metallophone. A woman and a young girl in a pink shirt begin to play the large Kettle Drum. A young boy in camo overalls plays a Goblet Drum as the girl with the skirt plays the Warble Chimes. The young girl in the pink shirt walks closely past the camera.]

[video: young girl in pink shirt walks over to Ditty Metallophone with the women and begins to play. A father holding his baby walks over to the Jingle Metallophone to play it. His son in the camo overalls runs over to play with him. A young boy and girl play the large Kettle Drum together. Scene fades to black.]

Product Categories featured in this Playground 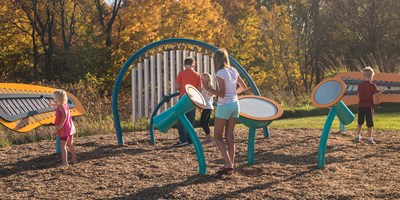 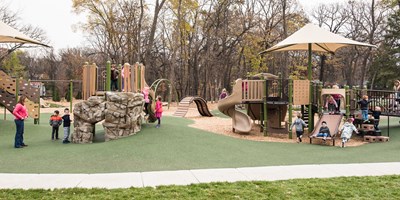 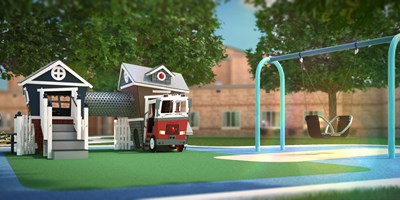 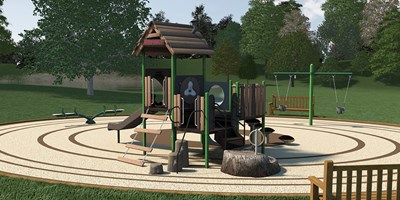 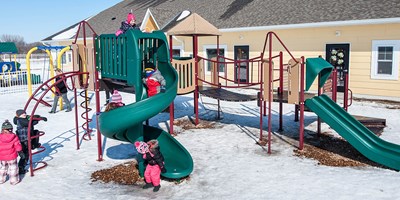 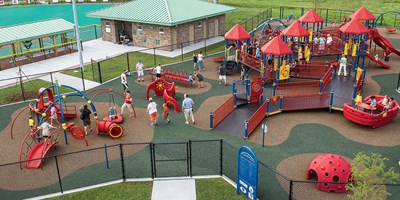 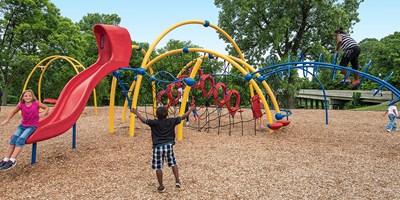 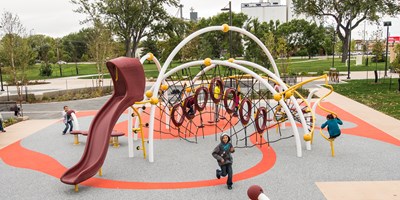 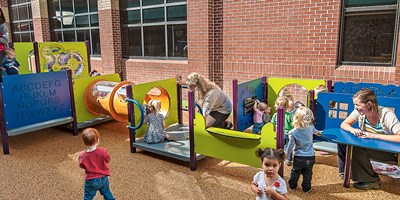 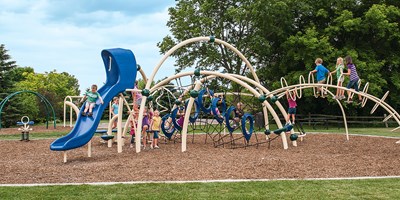 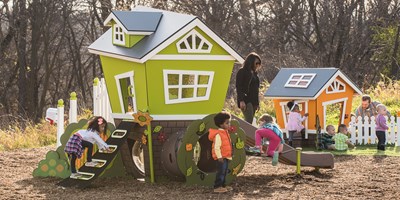 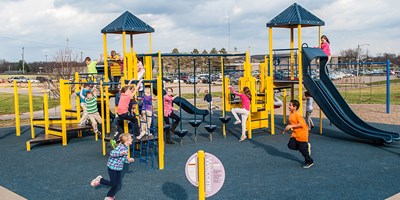 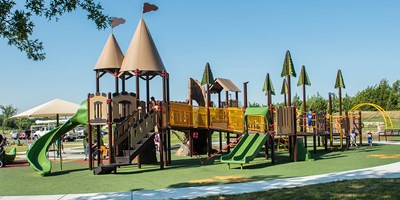