The Boppity Bridge® offers a safe but wobbly bridge to challenge kids' balance and coordination. After mastering this bridge, kids will be ready to move on to Evos® bridges. 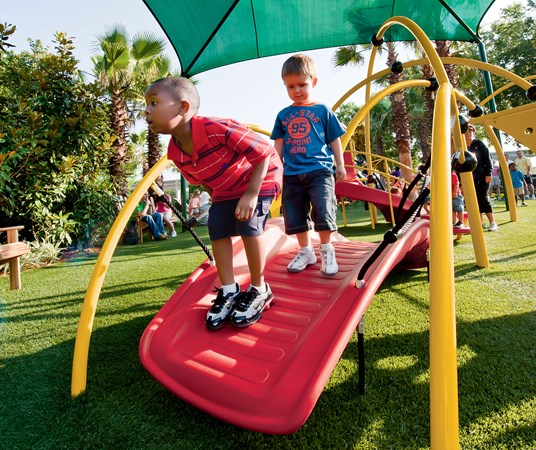 Video features the Boppity Bridge made for Weevos play structures.

[video: scene switches to a ground view up to children as they jump up and down and wiggle the bridge.]

[video: scene switches to a boy as he steps up onto the bridge grabbing onto the suspension ropes. Camera switches to a close-up of the boy while he looks at the camera. The camera fallows behind the boy as he walks across the bridge into his mother’s arms. He jumps to her and she catches him at the end of the bridge.]

[video: scene switches to a close-up of a child’s legs as they crawl up onto the Boppity Bridge. Bells rings in the background. Scene switches to a close-up of two boys holding onto a support rope of the Boppity Bridge. One of the boys grasping the rope with both hands begins to shake and wiggle the rope. Scene switches to an elevated view of a boy and girl as they jump up and down on the bridge. Parents laugh off camera as their children play. Camera switches and focuses on the children’s feet as they jump and down on the bridge. Parents continue to laugh off camera while their children play. Scene fades to black.] 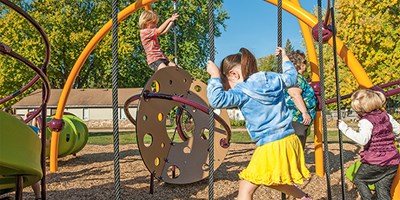