The Swiggly Stix™ Bridge offers just the right amount of challenge to kids ages 6 to 23 months and 2 to 5 years. And once they've conquered the Weevos® bridge, they can graduate up to the Swiggle Stix™ bridge on the Evos® play system. 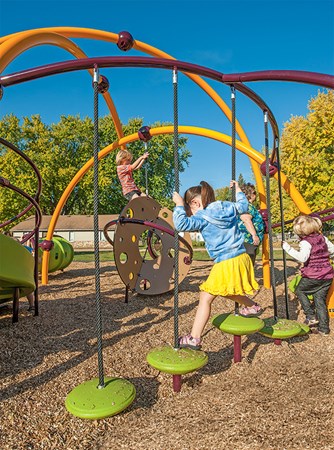 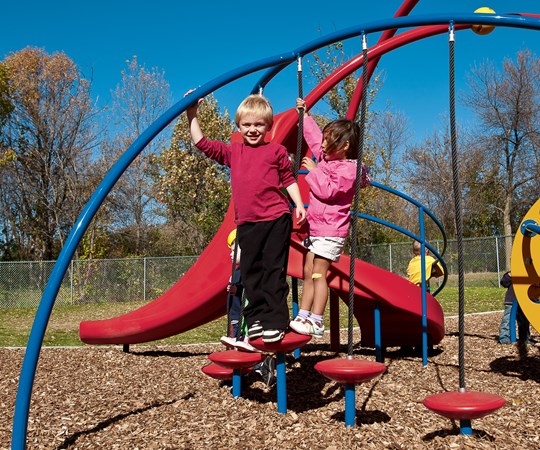 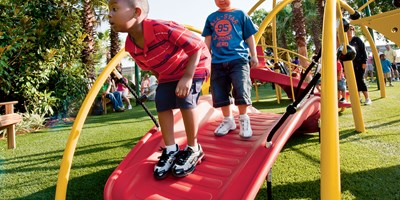