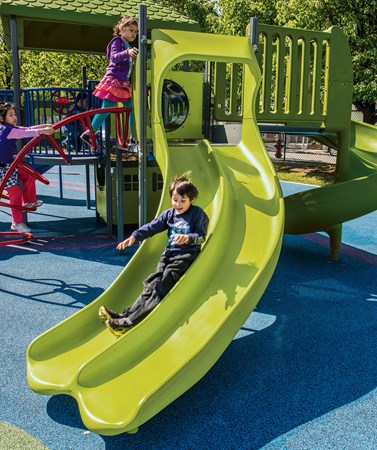 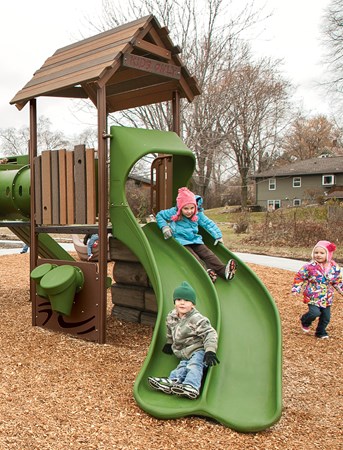 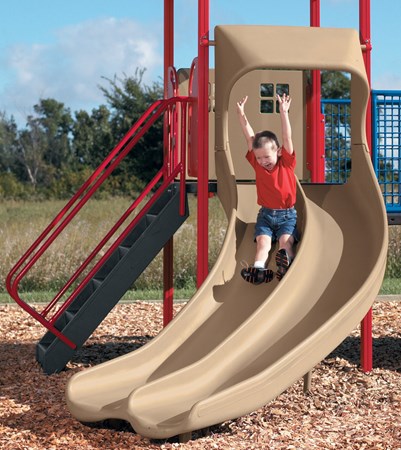 [video: scene switches to a young girl as she quickly rides down the Double Swirl slide by herself.]

Girl: You ‘re supposed to just sit down like this!

[video: Both girls stand up and run off camera as the scene fades to black.] 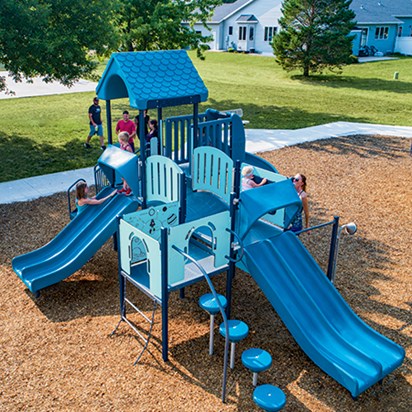 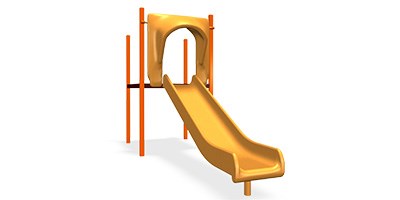 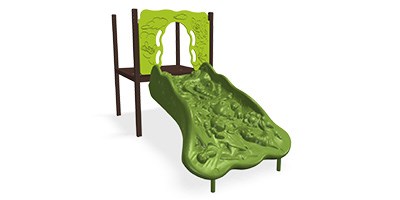 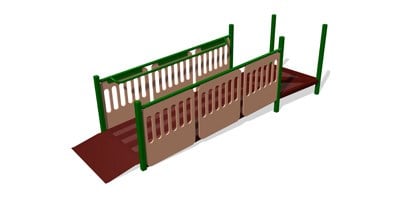 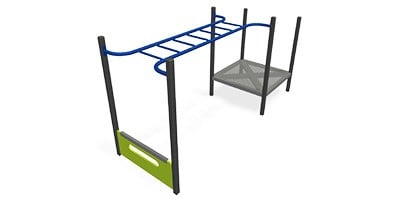 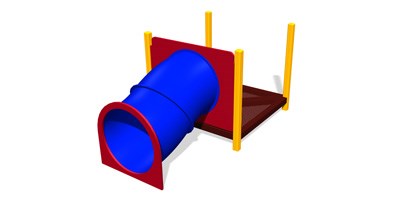 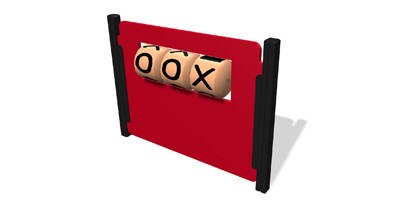 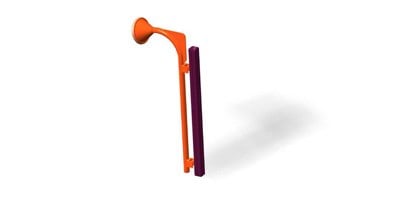 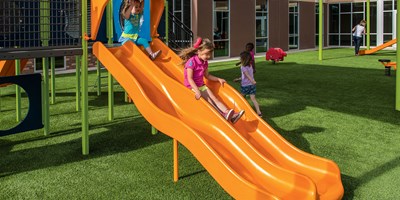 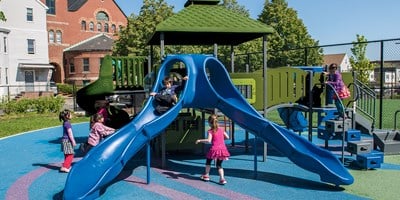 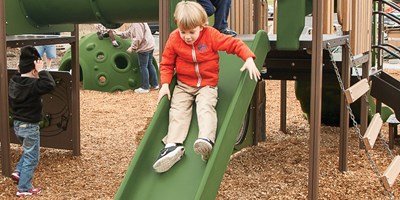 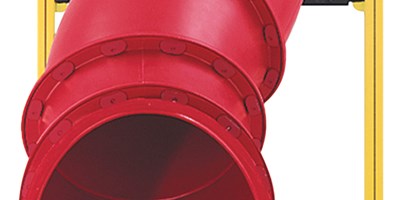 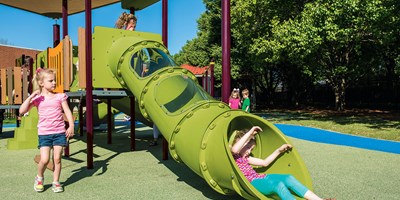 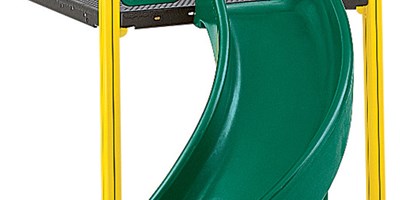 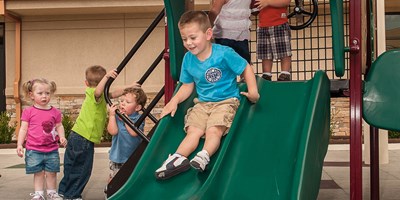 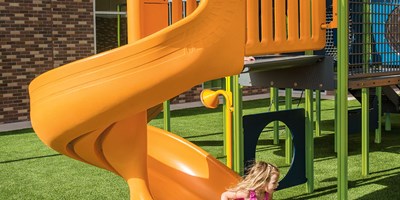 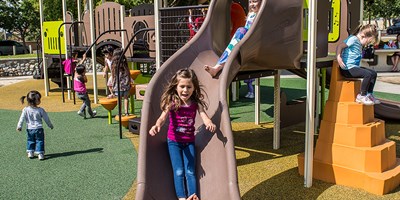 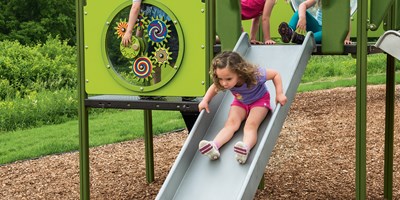 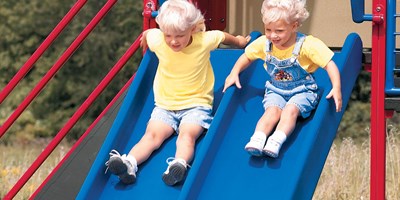 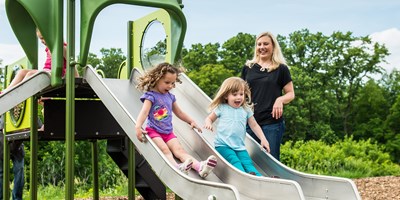 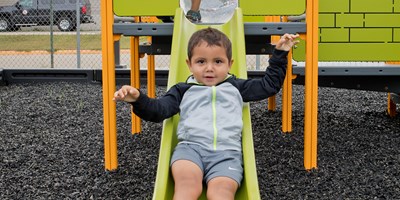