With the Evos® ArcOver® Playground Ladder kids can navigate from above or below. It's a fun and challenging way to move across your Evos® structure. Hand-over-hand activity. 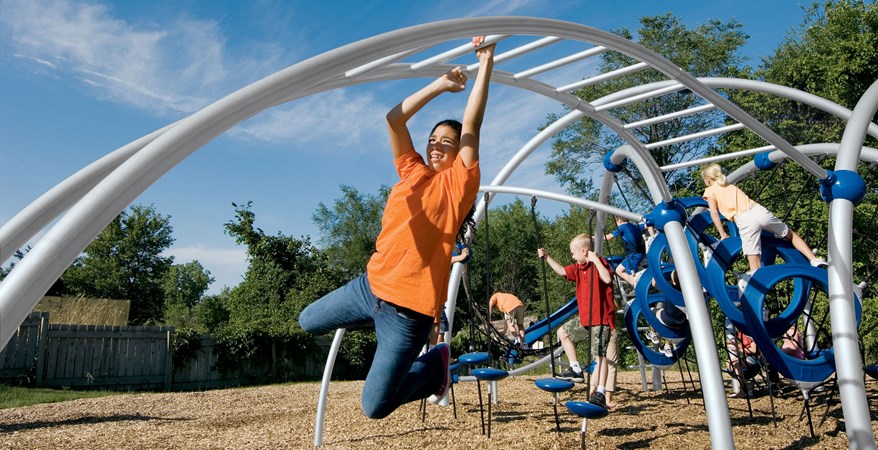 [video: close-up of child’s hands as they swing rung to rung on the monkey bars. Indistinct mumbles and conversation can be heard in the background. Camera zooms in to young boy in a red shirt hanging from ArchOver ladder rungs with his feet resting on a support beam in front of him. A young girl makes her way across the monkey bars behind him. Camera switches to a ground level straight on view of ArchOver Ladder. A young boy in a light blue shirt swings rung to rung towards the camera. Camera switch to young boy in blue shirt swinging himself off last rung of ArchOver Ladder. Scene fades to black.] 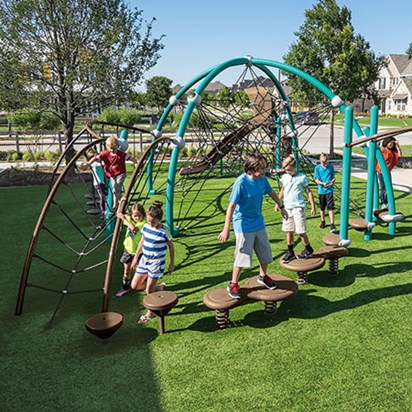 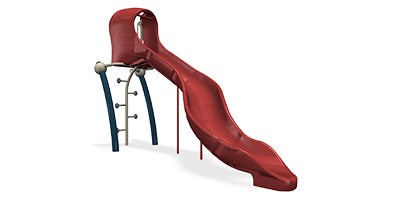 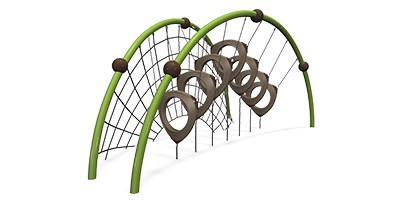 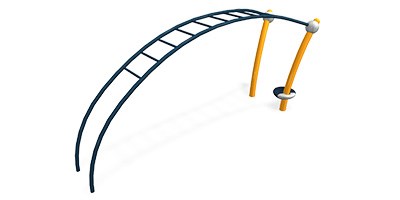 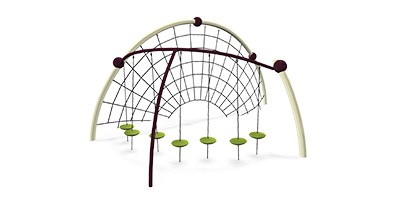 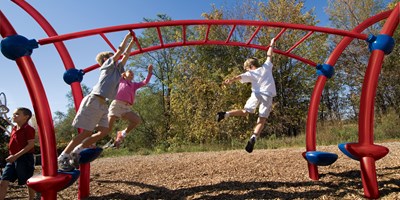 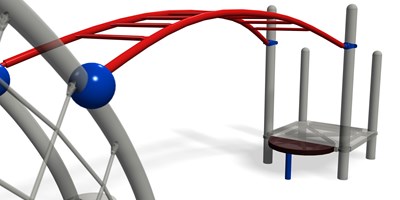 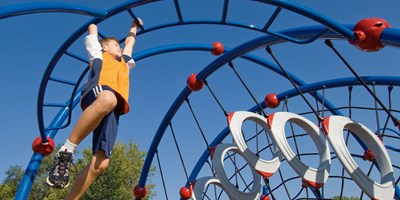