Together, we’re helping bring more awareness to the disorder, and share the important work that the STAR Institute does to treat adults and children affected by SPD. Our collaboration has led to the creation of a sensory playground at the STAR Institute, which is helping move SPD therapy outdoors.

Therapy in a “Natural” Setting

Because playgrounds are an important part of children’s lives and they provide opportunities to play, learn and socialize, the inclusive playground at STAR Institute is used as a therapy tool and this “natural” setting will be incorporated into children’s daily lives. Occupational therapists and other SPD experts will monitor children’s interactions on the equipment and document behavior changes, which will become valuable support materials for our sensory products.

Video features how STAR Institute implements Landscape Structures inclusive and sensory play playground components, structures, and panels to their treatments of children with a variety of sensory processing disorders, autism, and ADHD.

[video: fade into a metal sign on top of a cluster of rocks reading: Star Center, SPD Foundation, Accounting and Business School. Scene switches to a woman as she speaks to the camera at an outdoor play area at the Star Center. Onscreen text in the lower left of the screen reads: Lucy Jane Miller, Ph.D., OTR/L Founder Star Institute.]

Lucy: We opened up the Star Center in 2005. After I left the medical school at the University of Colorado Denver.

[video: camera pans across a lobby with a long secretary desk as a woman folds a cloth behind the desk. Scene switches to a woman placing noise canceling headphones on a boy’s head. The boy sits in the center of an indoor tire swing suspended inches above the ground covered in safety padding. Scene switches to a woman walking a boy by the hand around a therapy room with padded floor, ramps and a ball pit. Scene switches to the boy wearing noise canceling headphones holding a long piece of liquorish in his mouth while standing in a pall pit. A woman standing next to the boy tosses one of the ball pit balls off camera. The boy watches her and then turns to pick up another ball to throw.

Lucy voiceover: And at the university we could do the research, but we weren’t able to do the treatments. So, when we opened up the Star Center we started with you know just a few rooms and now it’s grown to what you see her today.

[video: a woman sitting at a computer desk holds onto a joy stick controlling the view of an outdoor camera that she views on the screen. Camera switches to view over the woman’s shoulder as she rotates one of the outdoor cameras with the joy stick. Scene switch to a drone fly over view. The drone flies over the tops of the Star Center play area SkyWays shades. Scene switches to two boys digging in the sand. One of the boys wears a set of noise canceling headphones with a white sweat band to fasten them to his head. Scene switches to a man pushes a boy on a swing. A woman stands in front of the boy as he swings.]

Lucy voiceover: And it’s been really an exciting process because it’s allowed us to develop a new treatment model which has never been developed before and to test the effectiveness of the treatment with all the children who you see here children who have a variety of disabilities including sensory processing disorder, autism, ADHD and many other kinds of problems.

[video: screen goes white as a vertical line is draw in the center of the screen and the Star Institute logo slides out from behind the line.  The Star Institute for Sensory Processing Disorder logo is made of a purple circle with a white star cut out with the top point of the star missing replaced with a white circle. A smaller aqua star shape with top point of the star missing replaced with an aqua circle to the bottom right of the large purple circle. Purple text to the right reads: Star. Aqua text reads: Institute. Purple text below reads for Sensory Processing Disorder.] 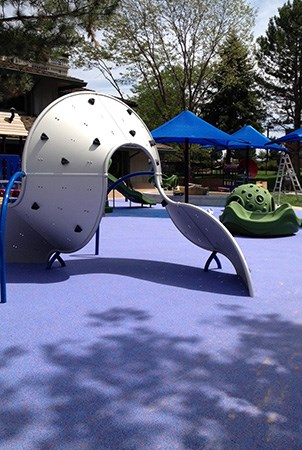 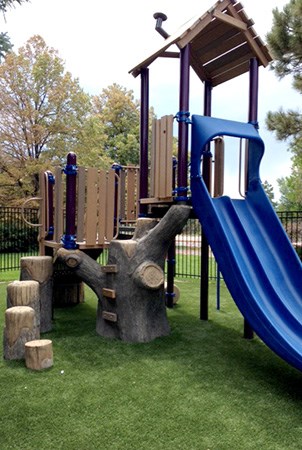 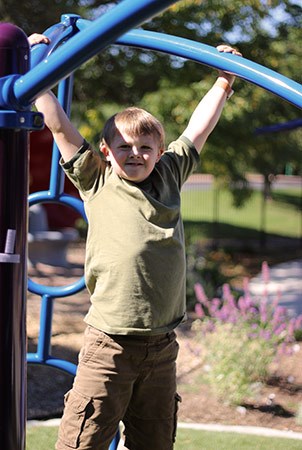 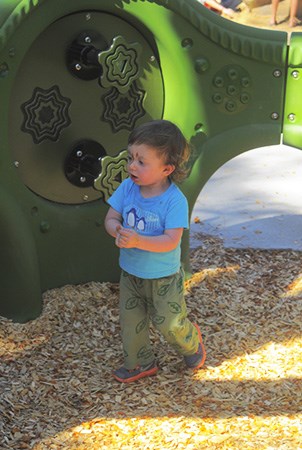 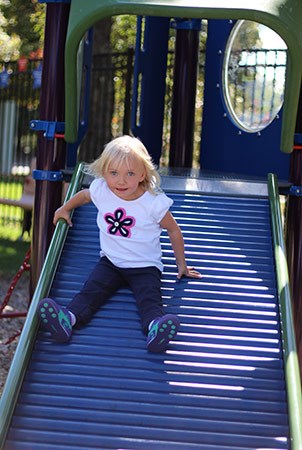 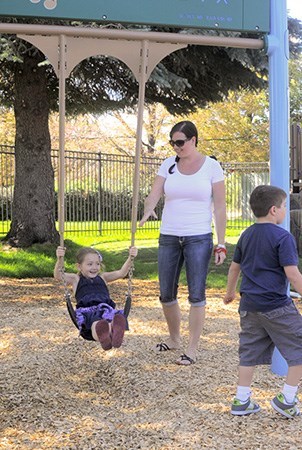 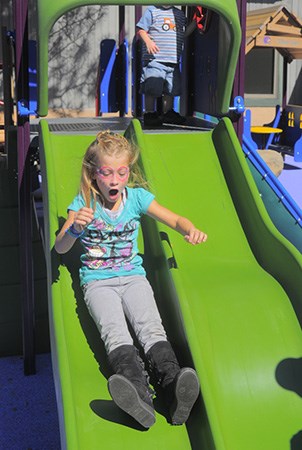 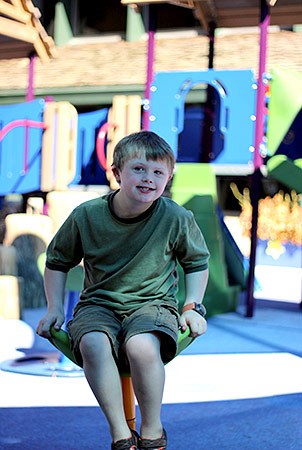 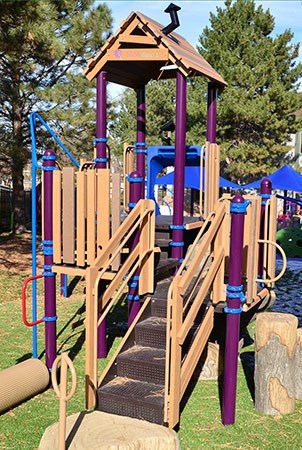 Lucy founded the SPD Foundation in 1979, and served as its executive director. In 2005, she founded the STAR Center, which was designed to provide cutting-edge treatment solutions to children and adults with SPD. In 2016, the two non-profit organizations merged, forming the new STAR Institute for Sensory Processing Disorder, strengthening the mission of both organizations. Lucy is also a prolific author, with more than 50 articles in peer-reviewed journals and several published books. She has developed the STAR treatment model, which has been demonstrated through research to be effective. Even more, she is spearheading the effort to have SPD recognized as a diagnostic entity separate from other disorders.

We are excited to have Dr. Miller on our Inclusive Play Advisory Board to help us learn more about how therapy in natural settings—especially playgrounds—helps treat children touched by the disorder. 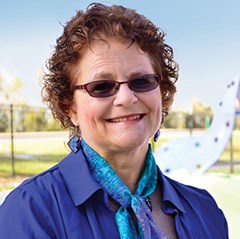 In addition to treating children and adults with SPD, STAR Institute offers online courses, national and international symposiums, and advanced mentorships for therapists, educators and physicians. Through these educational opportunities, professionals learn from SPD experts including Dr. Lucy Jane Miller.